This little ditty is from Will’s first day back at PreK, after the Christmas break.  I was feeling slightly motivated so I went to the gym.  As I was finishing up I moved to the mats to do some abs (I only do like 500 sit-ups, no sweat) and stretch (i.e. my time to ponder how much pain I will be in later).  There is a large floor-to-ceiling window next to the mats that overlooks the playground.  On this lovely day the PreK had walked the kids over to play.

Naturally, instead of stretch (or abs – get ’em on the flip side) I sat there and stalked SBW to ensure he wasn’t some weird social outcast.  He certainly liked the playhouse a lot.  I think he was telling the other kids they couldn’t come in because he hung out in there for awhile and kids would walk up to the door and then turn around and leave.  He did come out and wander around a bit.  Mostly, he looked like all the other two year olds on a playground.  When it was time to leave he was the last one to drag his feet along.

Unfortunately, to get to my car I had to walk past the playground and the two year olds.  So, instead, I sat and watched him play until they were done.  At this point I tried to leave – I even dilly-dallied about, got some coffee, looked at the class schedules – but apparently walking twelve two year olds 300 feet takes awhile because they were still on the sidewalk when I went outside.  I hung back and he didn’t see me – I really tried to stay out of sight, my kid has radar.  It was pretty funny and cute. 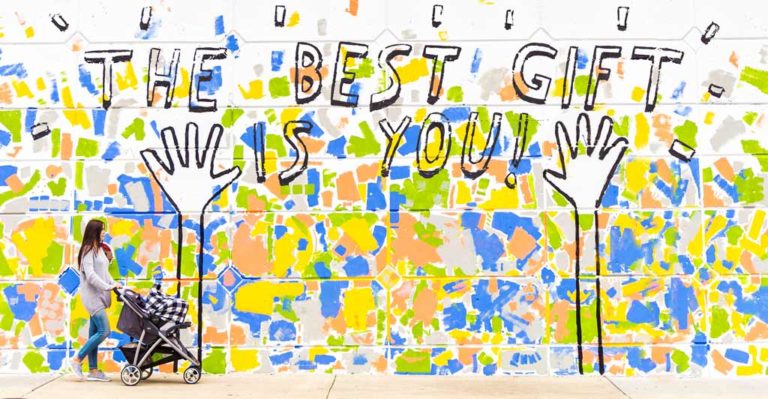 Gratitude is a spirit of thankfulness and being grateful. During this time of year, it is shared with overwhelming alacrity. Gratitude can be contagious – people “pay it forward” and dig a little deeper. Our nightly news stories shift to stories of positivity and highlight the good in humanity. But,…

The first and last time Dave was excited to see his John Deere… Santa has elves.  We had Yargers.  Thanks again to all who helped us move all of our stuff out of a 1700 sq. ft. house into a 3600 sq. ft. house.  Oddly, those same belongings completely filled…

Connected by MOTOBLUR™ on T-Mobile

Have you met Dr. Baby?  He’s great.  Everyone wants to see him.  There’s a waiting list a mile long.  It’s because he’s the best. He likes to dance.   He likes to nap. He really listens, concentrates, and reflects on what’s in his pants on your problem. But, what they really…

I could see this ending in so many different ways: a double knockout, a single knockout, a cuddle, Will using his telepathy to turn the goat into a secret agent – Agent G,… My baby loves goats.