How to Make Gettysburg a Memorable and Fun Topic

Today’s Guest Post is from Sara Gruber about her daughter’s experience learning about the Battle of Gettysburg from her backyard. Thanks for sharing!

The new norm? Sitting at the kitchen table, trying to do my “job” while homeschooling my two daughters. Oh, you have a literature Zoom at 2:30 pm? My mind runs through today’s to-do list… which report can I finish in that 30-minute window? Your worksheet is taking a while? Maybe I can draft a media release now so I won’t be up as late tonight.

Every minute is painstakingly filled to maximize productivity and it’s somehow become our normal. What’s more? Even though much of our time together is spent homeschooling, I want it to be fun; something they look back on fondly, which means I have to preserve my sanity in these beautiful daily tasks.

And when the time comes to switching over to focusing on work, I have a find a way to do so without mom guilt because I need to provide for my family. What I’m discovering is that there are a lot of fun, free resources out there that engage and educate my kiddos.

Our new favorite activity is Gettysburg: A Nation Divided, a free mixed reality app that recreates this historic battle in our kitchen, backyard, and weirdly enough… the bathroom. Basically, wherever your mobile device can go, the battle can go.

The experience is immersive, not something the girls watch, rather something that unfolds around them with 360-degree views of the battlefield. Their favorite part is the artifact scavenger hunt which allows them a chance to earn Civil War-era coins and a deeper understanding of the process.

Does This Stovepipe-Hat Look Good On Me?

They move our phone around to put Lincoln’s hat on one another’s heads and laugh hysterically when they fit the cannon next to the toilet. It really doesn’t get more immersive than that.

I was surprised to find images of Robert E. Lee riding his horse next to our car and apparently General Picket was in the kitchen with me while I was cooking dinner. Ultimately, my kids were having fun and learning while I was working, cooking, and even just sitting.

Technology for the Good of Learning

Thank goodness for technology which is allowing many of us to work from home and our children to learn at home. In an effort to make this app available to as many people as possible, developers at QuantumERA have waived their initially planned download fee of $12.99 so that more children will be able to learn from home using mixed reality.

Note: The BETA version of Gettysburg: A Nation Dividedoptimized for Apple iPads, is available in the app store. Mobile optimization for other Android devices will be coming soon. Free downloads are available for a limited time. The app has been carefully designed for children ages nine and up.

2020-04-28
Previous Post: How to Make the Best Grilled Cheese Sandwich of All Time
Next Post: ‘The Rural Diaries’ by Hilarie Burton Morgan

Hey, Mamas! This site participates in sponsored posts and affiliate programs, which provide a small commission if you through our links.  You will not pay more and help support GHM. Thank you!

The Czech Center Museum Houston is developing the Creative Activism Now exhibit, and we need your help! We created the Creative Activism Project to help children learn about the Holocaust while discovering their creative potential. The CCMH designed this project as a workshop and exhibit about the lives of young people interred in the Terezin Concentration Camp. Their example shows how art can serve as a relief in unimaginable circumstances. The Creative Activism Now exhibit will showcase videos and artifacts that depict the terrors of social injustice and oppression in our country and around the world. This project is inspired by the Jewish Kids who,

Ocean Star Offshore Drilling Rig & Museum Family Day On the second Saturday of every month from 10:00 AM to 3:00 PM, the Ocean Star celebrates Family Day.  Each Family Day focuses on a different theme that relates to the oil and gas industry.  The information is presented at a student’s level using activities or experiments.  We encourage parents to bring their children aboard and experience family-learning and quality time at a reduced cost.   Children 18 years of age and younger are admitted free with a paying chaperone.  Please note: This special discount is designed for individual ticket sales and not meant to be combined with guided group

Join our editor on NakedWines.com and get a $100.00 voucher to spend on your first order of $159.99 or more. We are paying customers and think you will love it too!

There's no obligation to buy again but I reckon you'll be back for more... 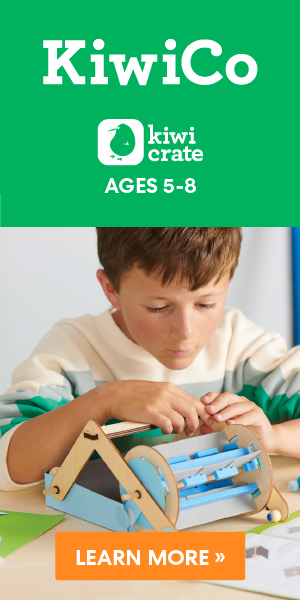